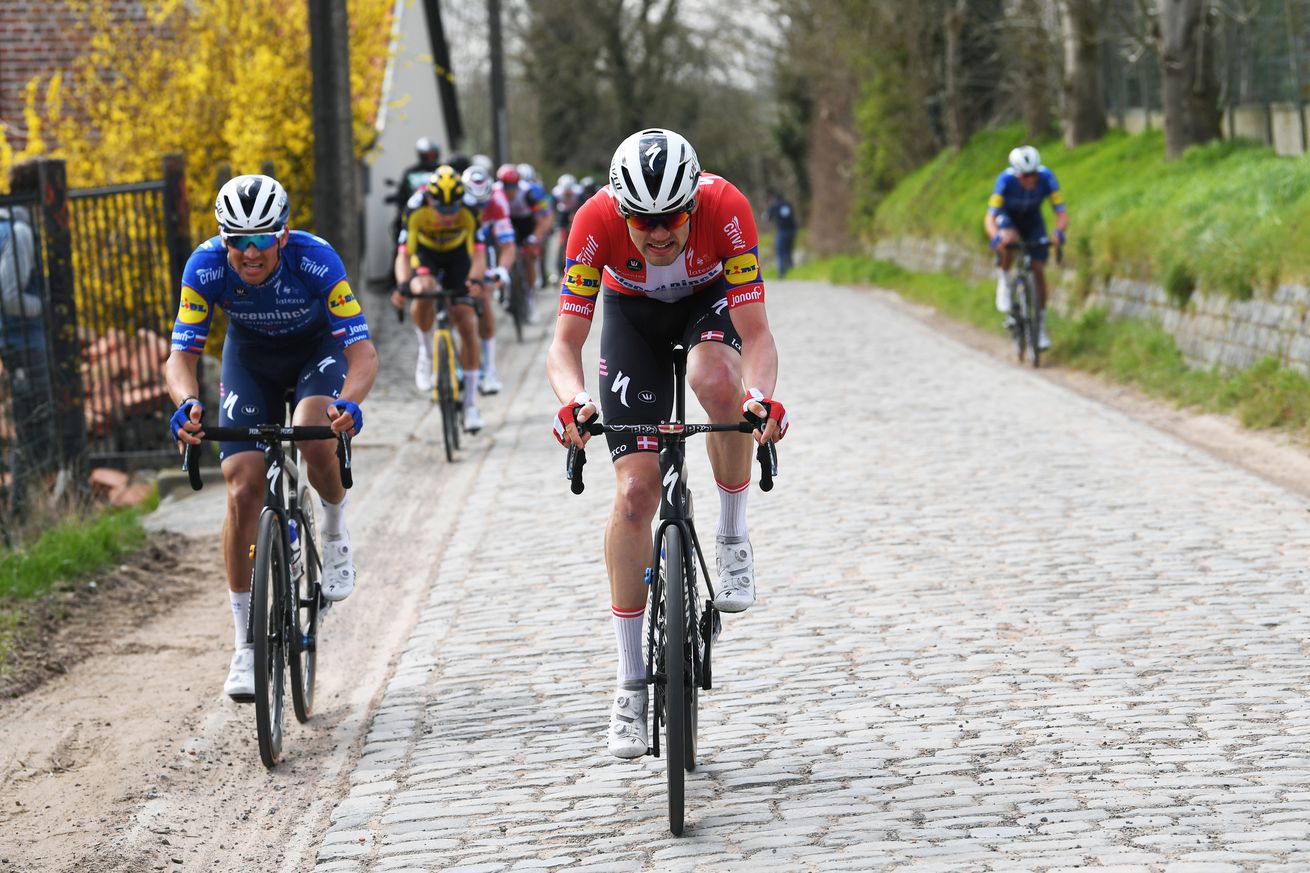 With our special guest…

The big-hearted report is the interruption of Trek-Segafredo, formerly my top-ranked team coming out of the early springtime races thru Milano-Sanremo, where they scored a huge win. Now, a slew of COVID lawsuits has parked the team on the sideline, after E3, where Jasper Stuyven scored a top 20, but in time to take them out of Gent-Wevelgem and maybe Dwars door Vlaanderen. Jasper Stuyven told Sporza that he isn’t the person who be positive , nor has he had contact with them, so he at least is holding out some hope that a crew of similarly situated equestrians can take the start in Waregem on Wednesday. Another large-hearted drop-off of report is the removal of Philippe Gilbert from Lotto-Soudal’s Ronde squad. The 2017 winner quoth tired and suffering from the knee he busted in last year’s Tour de France. He hopes to be back for the Ardennes, with a bit of recovery. I’m not sure who you would call his “replacement” at Flanders, given that he is the only former winner on the crew, but anyway their strategy will now revolve around John Degenkolb and Tim Wellens, two plausible longshot characters. Gilbert’s season get off to a red-hot begins with a fifth region at the Omloop, but once again that result will not translate into success in April. Which it basically never does.

OK, let’s jump into the poll. To help us with our analysis, we are contractually obligated to seek the advise of Cuddles the Cobble. Cuddles, thanks for joining us today. 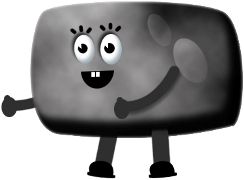 Hmm … Cuddles was supposed to be here by now. CUDDLES ???

I wonder what happened? Anyway, let’s get started. 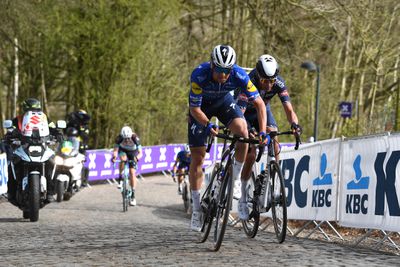 Sigh. I wanted to have a more interesting thing to say about how the teams are lining up for the Tour of Flanders, but the more things modify, the more Quick Step mercilessly hammers them back into their age-old shape. For my money, their effort at Gent-Wevelgem shows that they were satisfied with Friday’s dominance, so when you look at the two races for signs of what is coming, one is a much clearer indicator than the other. And on Friday, they predominated the entire realm by showing up with too many strong riders to be contained, like ever.

Everyone simply looks so strong, Stybar, Lampaert, Senechal. The most amazing vision was seeing Kasper As…

Hey! Who are you?

Cuddles? Is that you?

Well I’m supposed to talk to Edward , not you Carl.

It’s Andrew, like I told … wait. Cuddles … are you drunk?

What does that even mean?

Consuming alcohol in a manner that induces a temporary impairment of one’s cognitive abilities.

Perfect. Let’s keep going. I was talking about our brand-new top-ranked cobbles squad, Quick Step. To me, it was like they are just holding too many trump cards.

Oh Quick Step. Of course. This is what they do. They simply control everything and don’t let anyone else even breathe. And I’ll tell you another thing, this business about has no such followers by the roadside? Don’t tell me Paddy O’Fever doesn’t have anything to do with it.

He’s a menace to cycling! He will stop at nothing to gain total control over the cobbled classics! I hear from my cousin who is 125 th cobble fourth from the left at the Haaghoek that with no followers around, his crew car is shedding honey on the cobbles to slow down the chase, after the breach has gone through!

It’s true-blue! And nobody will dare say anything! Not the other squads , not the journos, and for sure not those pansies from the UCI! Not if they don’t want any “accidentally undercooked mussels” in their dinner.

This is going a bit too far, don’t you think? 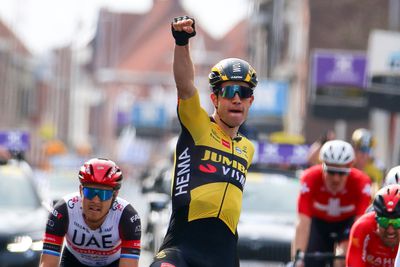 2. The Teams With Matti and Wout

While Cuddles regains his composure, I’ll just speedily posit that there is only one countervailing force to stop Quick Step from dispensing another dose of fuck you to the peloton this coming weekend — the combined greatness of Mathieu van der Poel and Wout Van Aert. It might be more in keeping with the format here to grade them separately, and if you really want me to do that, then penalty. 2. Jumbo Visma. 3. Alpecin Fenix. But this doesn’t make a ton of sense. What stirs appreciation is the two of them, and their starrings, combined.

There is no team that has comparable magnitude to set a dent into Quick Step right now; more on that in a second. But there is one scenario that can and should terrify them: Matti and Wout off the front. Even from a reasonably long distance, which they will have to do, presumably, before Quick Step are able to obtain everyone too far back on their heels. Now, obviously, neither Van Aert nor van der Poel is contemplating any sort of alliance. But undoubtedly when one leaps, the other will follow, and that move is bound to make a huge difference in the race. Maybe a handful of equestrians can come along, but don’t be shocked if the two or maybe merely one other rider are learnt moving up the road after, oh, the Koppenberg. Equally surely, while they may not want each other’s company, they will see the importance in it. Both will like their chances in a sprint, accepting they are each on their recent glittering figure. They will work together, and by doing so, they can slay the Quick Step Dragon.

Oh, dragons, very nice. What is this, a children’s story? Well I have a story for you, and you know how it intent? The dragon eats all of the nice young boys in their colorful jerseys, and spittings out their bones, and then clears its throat, and then reaches for a nice giant Kwaremont beer like this one right here…

Cuddles, are you pitching Kwaremont beer? You do realize that SBNation is a subsidiary of the Order of St. Bernardus of Watou?

Do you have anything to say about Jumbo Visma or Alpecin Fenix?

Yeah. Don’t bring a bayonet to a gunfight. Or a handgun to a knife contend. No wait, a artillery with simply one missile to a fight with a bunch of people with knives. Like the Roman Senate when they killed Caesar. Yes! This is it! Beware the Ides of April! Et tu, Ala !? Ha!

OK, I guess I see your point. Let’s keep going. 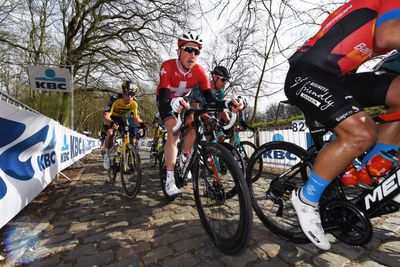 What is there left to say? The interruption of Trek Segafredo’s brilliant spring shapes me wonder what they can do Sunday, including whether they will race, although I suspect the COVID outbreak in the team will have been pinned down and at least one of Stuyven or Pederson, perhaps both, will be back in the mix. But these sort of interruptions bode inadequately for a quick Ronde rebound.

Lotto have no mojo, EF have been eerily silent. AG2R seem to have not completely lost the plot. Stefan Kung looks really good. Maybe UAE can shed their sprinters at the wall and one of them will fasten. Maybe Benoot will hit his stride. This is what we are counting on to make a more exciting race of the 2021 Ronde. And good-for-nothing I have mentioned here is anywhere close to the power of Quick Step and the two Crossers. I don’t truly know what to add. Cuddles, do you have anything to say here?

Cuddles? Are you awake?

Fine, never mind. It’s for the best. Check back tomorrow or Thursday for a more detailed Ronde preview. Also enjoy Dwars door Vlaanderen Wednesday, it should be a good show, even if it’s not at all clear who will be there in earnest. Fingers intersected for Trek.