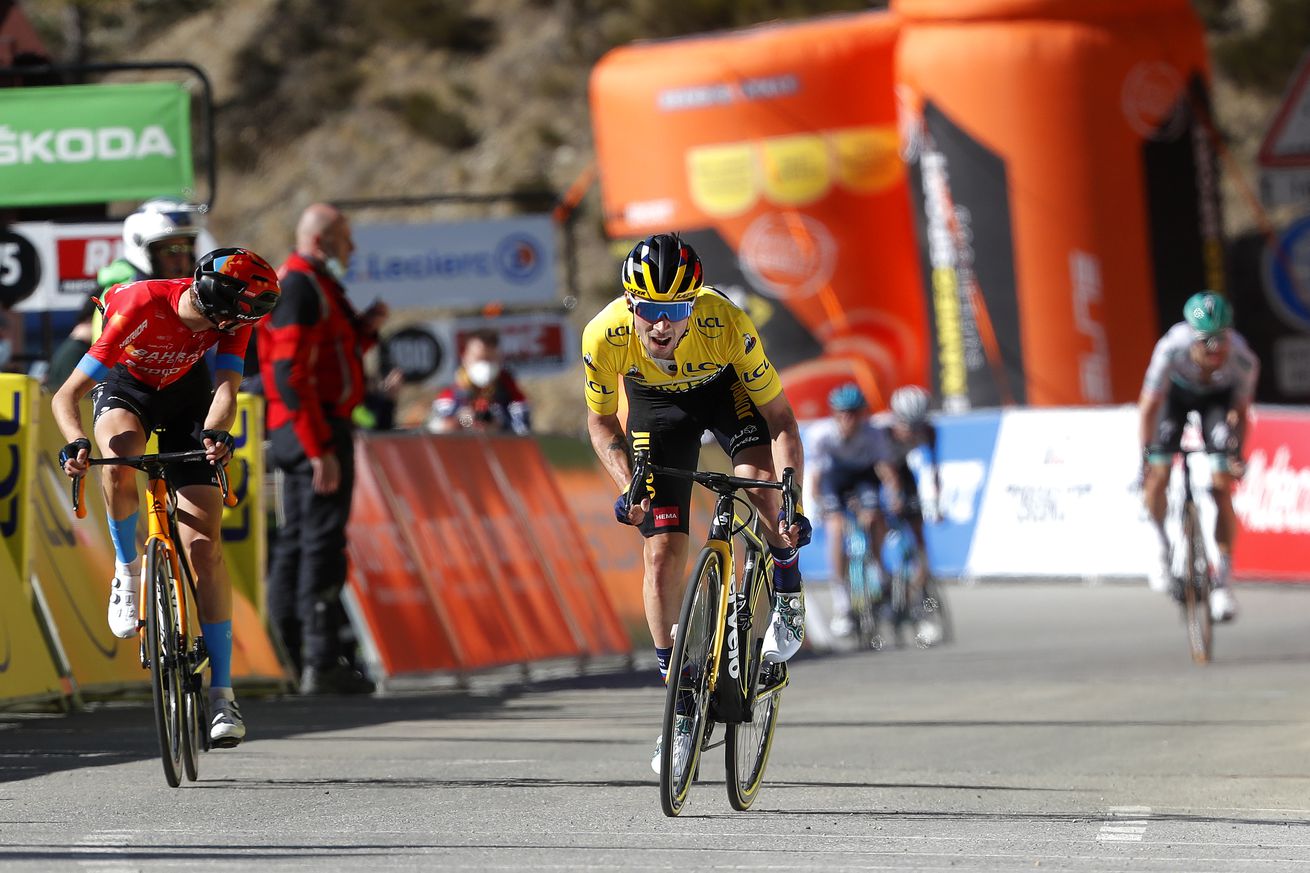 A brief commotion was raised on Saturday as race leader Primoz Roglic powered past Gino Mader to win stage seven of Paris-Nice, his third succes of the week. Some voices in the athletic, among them ex-pro and Eurosport commentator Brian Smith, agreed with Roglic’s no-gifts mentality, presenting him credit for being the best man on the mountain and – not entirely unreasonably – expressing that Mader had been vanquished somewhat and has not been able expect any favours.

Mader did expect a promote. His disappointed expression and flapped hand was reminiscent of me as I cycle to work and get overtaken unsafely by an overeager Land Rover Discovery, rather than a professional who has lost fair-and-square, but I don’t think we can blame him for that. Chris Horner, winner of the 2013 Vuelta and YouTube race analyst, apparently, gave us the veteran’s point of view: no endows, but loans.

“I felt confident that I was on course to win the Tour of Lombardy for the third time in four years. Del Tongo were desperate to win. Baronchelli declined back alongside his team car to talk to his directeur sportif and there were some discussions began[ sic] between our crew and his. Then I had a long chat with De Gribaldy. I wanted to win the race but it was clear that Del Tongo were prepared to pay for some co-operation. The talks went on for about ten or 15 kilometres…I would have liked to win the Tour of Lombardy- and I felt that Da Silva and I were strong enough to get the job done- but the price maintained going up and in the end De Gribaldy stimulated the call…A week later, Da Silva collected the currency and we shared it amongst the team…you’d be mistaken to think the result of the race was secured. It wasn’t. The latter one of the purposes of any big-hearted motorcycle race, when everyone is tired or desperate, is like a game of poker. Everyone does whatever they can to induce the best use of the hand they have.”

I think Kelly’s example is so interesting. Way more so than the more recent Vinokourov-Kolobnev debacle, if it was downed as alleged. That one is way less gray-headed.

Flatly, Kelly and De Gribaldy sold a race. There were protracted discussions, the result of which was that a race was sold. This isn’t immediately applicable to Roglic and Mader- the agreement would have been completely unspoken and I think we can all agree that wins-for-favours is more acceptable than wins-for-euros. The Kelly example serves to show that this sport is a little more complicated than the two hundred moronics trying to cross a lily-white cable we’d like to pretend it is, and Horner’s testimony is enough to show that not everything has changed since Kelly’s day.

“Ugly win in my volume. Not a good win. This is his third win at Paris-Nice, some people back this…guys, that’s not how it works in the professional peloton. You want friends; bad things can happen to you at any moment.” – Chris Horner

What’s a stage at Paris-Nice to Primoz Roglic? Well, it’s ten bonus seconds, plus the two he gained on Mader at the top of the clamber, maybe that’s the most relevant thing. It’s a few quid for his crew copulates and soigneurs, that’s nothing to turn up your snout at, those people have invoices to pay. It’s fuel for the competitive heart that has driven Roglic to the pinnacle of the sport. All of those things are worth something, so what could Mader or his team devote Roglic? Help in the hills the next day? He journeys for Bahrain and Roglic goes for Jumbo, so it’s unlikely to be an immediate need. A wheel at an propitiou time? Maybe. He could find something to offer. There’s a reason this is being talked about.

So where do I stand, you may ask? Well, I don’t , not on this. I think to tell Roglic what he should or shouldn’t have done in that situation is rather to miss the point, which is that he could have given that stage to Mader. He knew that, and he chose not to. He knows the consequences for that decision, and in contemplation of them he chose to stand on the rostrum at Valdeblore La Colmiane yesterday. If, in July, he has a puncture and Damiano Caruso sits on his wheel as he winches his style back into the peloton, he’ll know why.

Obviously, the more interesting issue is whether it’s okay that where reference is find a rider do what Roglic did, we think about all the little deals that have been induced in situations like that one and was just wondering if he should have eased off in the name of friendship, as Horner might euphemistically throw it. I do have a stance on this one. You can’t eliminate that type of thing from this sport, so why waste time trying? That stage win was worth so much more to Mader than it was Roglic, and neither side is exploited if Roglic chooses to use that fact to get something in the future. Mader get his win, Roglic builds some friends and everyone moves on. The mind that this is all anti-competitive and that the best man should win all the time is a reasonable one, but where the situation isn’t as unjust as an experienced millionaire rider paying a neo-pro not to sprint, I think it all comes down to intrigue. You may fairly say that the most entertaining product is one where everyone is trying their hardest to win, all the time. I have to admit that I prefer the product we currently have.