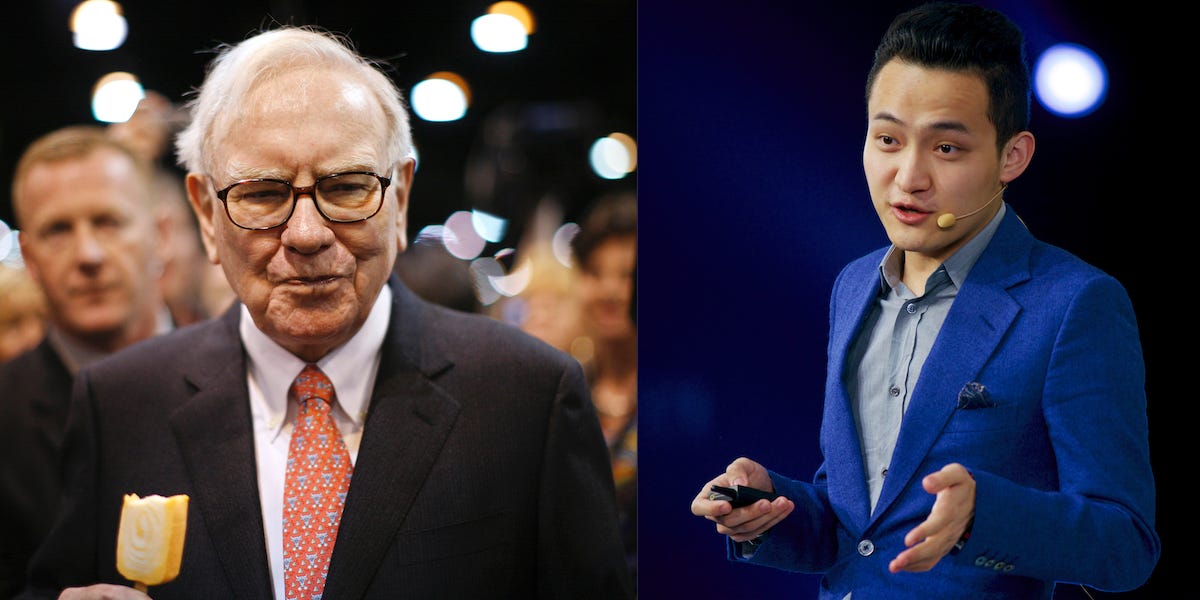 Justin Sun invested $12 million in GameStop, AMC, and silver during the meme-stock boom.The Tron chief’s $10 million bet on GameStop has slumped in value to about $2 million.Sun advised Warren Buffett to invest in Tesla and Bitcoin during their charity lunch.Visit Business Insider’s homepage for more stories.

Cryptocurrency entrepreneur Justin Sun is down about $8 million on his GameStop bet, he told Bloomberg TV this week.

The Tron and BitTorrent boss – a protégé of Alibaba founder Jack Ma – plowed $10 million into GameStop and $1 million into each of AMC and iShares Silver Trust during the meme-stock frenzy. All three securities have retreated in recent days.

However, Sun doesn’t plan to sell his GameStop stake, as he believes the Wall Street Bets movement marks a “paradigm shift” in investing. The internet community is seizing some of the power to price assets from big banks and hedge funds, he said.

Read More: BANK OF AMERICA: Buy these 7 online-retail stocks that are ‘structural winners’ set to build on strong 2020 gains – including one with 41% upside

Sun pointed to Tesla CEO Elon Musk as an example of an executive embracing the new status quo.

Sun added that he plans to hire celebrities and artists to boost the appeal of his company’s cryptocurrency, Tron, to this new breed of investors. “The meme is very important in the cryptocurrency world,” he said.

The Tron boss is best known for paying $4.6 million to dine with Warren Buffett in January 2020. He told Bloomberg TV that he advised Buffett to invest in Tesla and bitcoin during their meal.

Read More: BlackRock says investors haven’t fully priced in the structural changes brought about by the pandemic – and pinpoints 2 areas of the market that can still run for years

If the famed investor and Berkshire Hathaway CEO had followed the recommendation that same day, he would currently be sitting on a 600% gain on Tesla and a 450% gain on bitcoin.

However, Buffett has clashed with Musk and blasted bitcoin as a worthless delusion and “rat poison squared,” making it unlikely he will follow Sun’s advice anytime soon.

Sun has also compared one of Buffett’s most iconic investments to those captivating the newest cohort of investors.